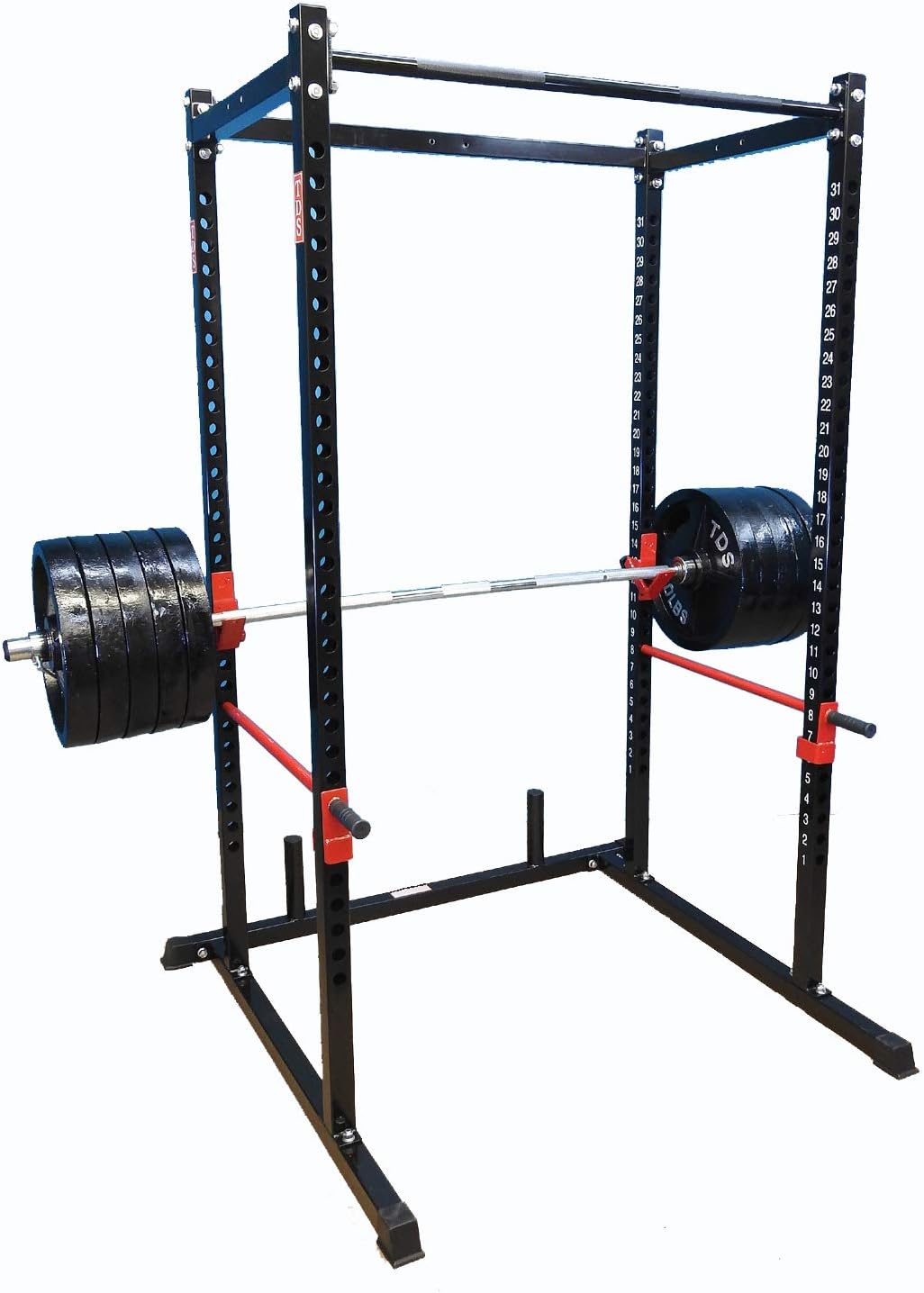 I work hard, and now that I’ve got a family, these days I have less and less time to myself. So obviously everything starts to suffer and it was getting harder and harder for me to find the time to get to the gym.

Problem is, I need that gym time. Not just for my physique, though I had been noticing the impact, even after just a few weeks, but for my head as well. That hour with the iron refreshes me like nothing else. The separation from everything else, the focus I have when I’m in the gym, bleeds out into the rest of my life. It not only makes me feel better, it makes me perform better.

I already had a bench, bar and set of dumbells at home, but you know as well as I do that if you’re lifting heavy, you need a cage. That’s why I decided to grab myself a power rack and set it up in my garage. I get home from work earlier, I still get my workouts in, and I can spend more time with my family. Everybody wins.

After looking around, I settled on the Power Rack from a brand I’d never heard of, TDS. It wasnt expensive, and you know as well as I do that that can sometimes mean inferior build quality and cheaper materials, but after looking into it, I wasnt put off. And I’m glad I wasnt.

TDS are a solid brand. In business for almost 20 years now, all of their gear is aimed specifically at people who want to train at the highest level and the highest intensity. They’re actually run by powerlifters and weightlifters, and it seems like they aim their marketing at weightlifters as well.

Their site has a picture of the founder on it, and he’s a tank. He’s built something like a human incredible hulk, which fills me full of confidence that their products are going to be solid and effective. After all, who’s going to know what the best weightlifting products are better than actual high performance weightlifters?

With a no frills build design, the TDS power rack is easy to review. After all, it does exactly what it’s designed to do, and doesnt need to do anything more.

The chinning bar is professionally knurled, and 1’8” diameter.

It’s rated for 1000lbs maximum weight, which is way above what my max is.

Two built in storage racks for weights on the back of the frame.

Who is this for? 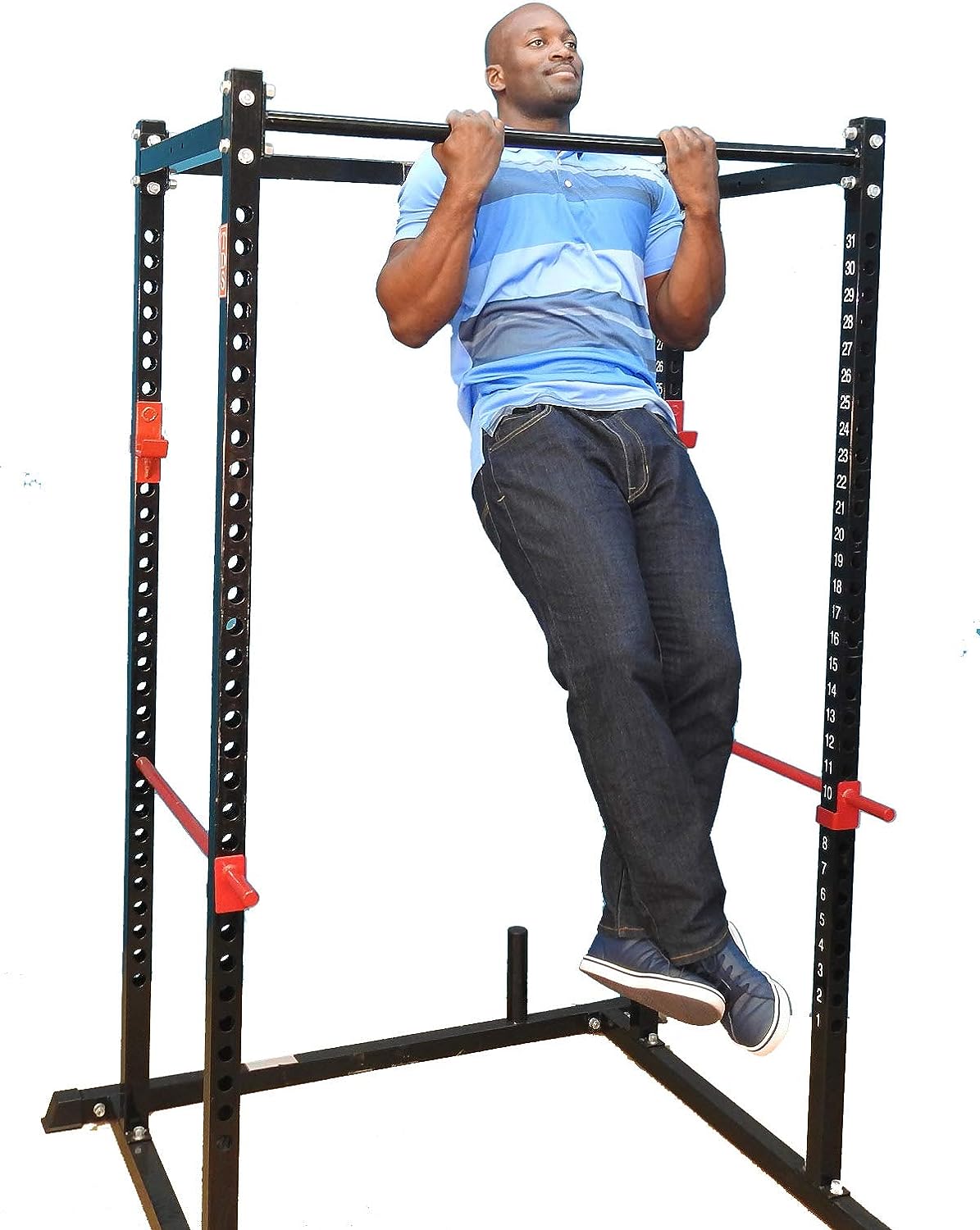 If you’re looking for a simple power rack that’s not too expensive and does everything you want it to do, this is perfect. It’s a good size, which makes it easy to fit in garages and spare rooms. It’s also not actually that tall, so you could probably slam it in a basement  or somewhere else with lower ceilings as well.

It’s easy to set up, and simple to use. All you really need to expand is to add a bench and you’re good to go for pretty much everything.

Most importantly, it’s got a colossal 1000lbs of weight capacity. Whether you’re a weekend warrior who’s just getting back into the gym game, or a pro looking to compete, this has got enough weight to keep you safe, no matter what you’re lifting.

It’s also relatively cheap. I mean, I understand why. It doesnt come with any of the mod cons or accessories that you get from the more well known brands, and it doesnt look polished or pretty. But it does its job. Incredibly well.

I’ve also got to mention the price. It’s cheap. Especially compared to a lot of other options. And again, even though it’s cheap, it’s rock solid. Probably because TDS decided to put the money into construction rather than looks or flash when they were designing this thing. I wont list the specific price as it might change, but you can see it here.

The weight limit is monstrous. I’m a smaller guy, but I wanted to test it, so I racked up 400lbs on the bar, set it on the safety bars, then hoisted myself on top of the bars. It didnt move. At all. It actually felt more solid and sturdy than a lot of frames I’ve used in commercial gyms.

When it arrived, I groaned inside. It was a flatpack box full of parts with instructions that might as well have been in Chinese. Then I got to it. It was actually really simple to put up, and I had the whole thing done in just over an hour. If there had been someone helping me, I would have crushed it in far less than that.

Because the design is so simple, it also looks easy to modify. Youtube is full of videos about this, and I’ve already got plans to throw some dip bars onto it.

There’s a built in plate tree, and it’s smartly set out on the back as well. They keep it stable, and I’ve realised they actually act as a counterweight when I’m hanging from the chin bar on the front.

The whole thing is really compactly built. It’s around 16 sq ft. total, just about 4×4′ and less than 7 feet tall. Fitting it into my house was no big deal, and it’s open so easy to work around.

The packaging is ass. When the delivery guy got it off the truck the cardboard box it came in was ripped and full of holes. I had a look online. Apparently this is a normal thing. However, once I got the thing open, it was obvious that nothing had happened to the frame itself. Worth checking your over once you get it, though, to make sure everything is in top condition.

The short height can be an issue with overhead exercises. I’m a little guy, but even I cant get full extension on things like a military press inside the cage, so for anyone bigger it’s just not going to happen.

I’ve also noticed the paint flaking off of the bars. This doesnt bother me, but you know, it might bother some people.

When I was looking for this, I was legitimately surprised by the sheer range of products out there. I only wanted a cage for squats, deadlifts and my bench, but you can get products that come with pretty much anything. 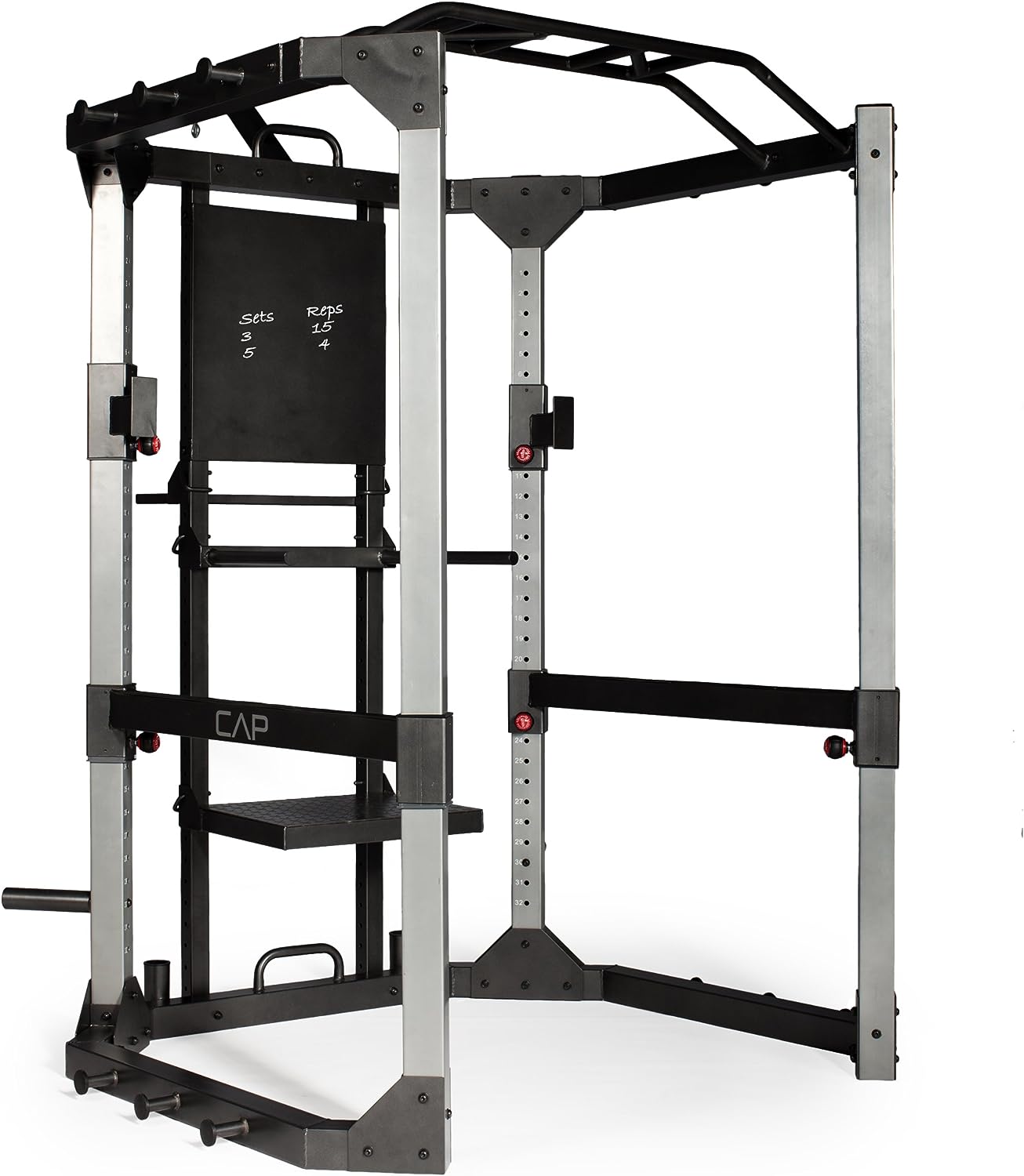 Instead of the TDS squat rack I’ve reviewed here, for a little more money you can get a cage with a built in lat. bar and weights, like  Body solid. There are also more complete systems, like you’d find in commercial gyms, rather than the raw, basic metal frame the TDS rack has. If that’s something you’d prefer, I’d suggest something like this Cap Barbell’s power cage that comes with damn near everything, including multigrip pull up station, jump platform, leg raise platform, a bunch of resistance bands and attachment points, and more.

Honestly, I’m really impressed with this. When I train, I dont need fancy electronics or pretty formed plastic all around me. I dont care about what I look like or what I’m training inside.

All I need to know is that the rack I’m in will do the job and keep me safe. This does, and it does it well. Considering the price, if that’s what you want, you wont regret picking this up.

We are a team of writers and fitness enthusiasts who really believe that a pair of dumbbells is all you need to get a complete workout.